by Green Revolution
Comments are off

Suggested by the Green Revolution Association to the authorities in 2009, the Picnic Law is the first project of the Green Politics platform, initiated and supported by Green Revolution along with four members of the Parliament: Sulfina Barbu, PDL deputy, Carmen Moldovan, PSD deputy, Adriana Saftoiu, PNL deputy, Attila Korodi, UDMR deputy.

We thank the four members of the Parliament for the support in drafting and proming the Picnic Law. We believe that this initiative will manage to reduce pollution caused by picnics and also to educate Romanians to care more about what they leave behind when outing.
Raluca Fiser, President of Green Revolution Association

According to the regulations proposed by the Green Revolution Association, by means of Picnic Law local authorities must create special places for those who want to make a picnic in the middle of nature, in order to avoid waste pollution. The law is imposing obligations both for the administrators of the areas in which picnic activities are conducted, and for natural persons. The discussions between Green Revolution and the representatives of the Ministry of Environment to create the new picnic code started in 2009. Ever since that time, mass media and numerous stars, politicians and other public figures expressed their confidence that the Picnic Law will determine Romanians to behave in a civilized manner, even if for fear of fines. The initiative is supported, among others, by Madalin Voicu, Melania Medelanu, Oana Cuzino, Leonard Doroftei, Ioan T. Morar and Daciana Sarbu.

First of all, the Picnic Law is a proof of our responsibility. When outing we must be aware that we are responsible for protecting the nature around us. Second of all, this law is a call for solidarity, because each of us needs to pay attention to what we leave behind when going to a picnic, so that later others can also enjoy the green grass and fresh air.
Carmen Moldovan, PSD deputy

The law was adopted on February 21st by the Chamber of Deputies, as Decisional Chamber. The main provision of the new normative act was to forbid picnics in any other areas than those specially designated, endowed with facilities and utilities.

Green Revolution Association, in partnership with Ciucaș, inaugurated on Saturday, June 7th 10:00 o’clock, «Picnic in the glade», the first green picnic area in Dâmbovița County, developed in Coasta-Boldan area, Dragomirești Commune, at 10 km from Târgoviște, in an area known by the people of Dâmbovița and appreciated for its beauty.

Today we launched the first picnic area which complies with the Picnic Law and we are happy to have found a partner to develop this space with minimum impact on the environment. The area also has the purpose to educate and increase awareness on the need to protect nature. The chosen area is frequented by locals and we want them to enjoy nature and respect it.
Raluca Fiser, President of Green Revolution 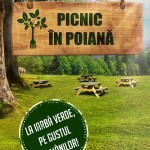 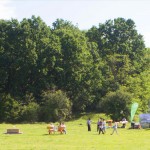 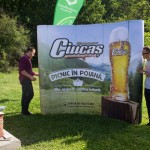 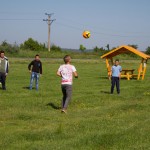 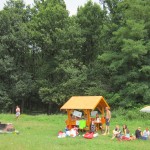 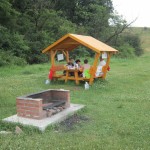 The law is imposing obligations both for the administrators of the areas in which picnic activities are conducted, and for natural persons. According to Picnic Law,city halls will be the ones that need to develop special picnic locations. The persons which will not comply with the regulations of the new normative act will bear sanctions between 100 and 500 lei.