by Green Revolution
Comments are off

BikeFest, an event organized by Green Revolution in partnership with Raiffeisen Bank and with the support of the Chamber of Deputies and of the Committee for the Environment and Ecological Balance, has reached its sixth edition. 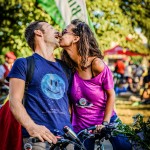 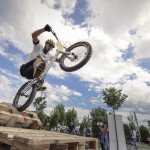 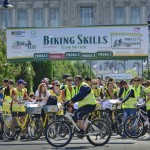 Over 5,000 passionate cyclists gathered in Izvor Park in Bucharest between 3 and 4 September 2016 and enjoyed a festival for urban cyclists: BikeFest. During the two days, those present could test their courage, resistance and speed in the coolest races, had fun, relaxed, won many prizes and spent quality time with their friends and family.

For the first time, during BikeFest 2016, Green Revolution, with the support of NoMad, organised two Urban Races: one for mountain bikers – Urban Race MTB – and one for road bikers – Urban Race Road. Over 700 cyclists participated in the two races. The route was completely new, with the start and finish in the courtyard of the Parliament’s Palace, covering the paved alleys in the courtyard of the Parliament’s Palace, with exhausting ups and downs, and the boulevards around it and in Izvor Park. Check out the results of 2016 edition here.

„In 2009, we started to invest in I’Velo because we were convinced that Bucharest needed a change of mentality in terms of urban transportation. Ever since, each autumn, we celebrate cycling with you. This autumn has brought us even more cyclists and we are happy that cycling has become a habit”,
stated Corina Vasile, Director for Communication and Public Relations, Raiffeisen Bank.
„These have been two great festival days, a BikeFest 2016 with more competitions and more cyclists and more fun. The increasing number of cyclists proves that we are united and that, in the end, there will be so many of us that we will have our own paths and parks, rights and be respected in traffic. Coming to BikeFest sends out a clear meassage, you are supporting the community and fighting for your rights. We thank the sponsors, partners and all cyclists who supported us at BikeFest and hope to see them again next year!,
stated Raluca Fiser, President of Green Revolution.

BikeFest is organised for the purpose of consolidating the cycling community and promotion of bikes as alternative means of transportation. For two days, all BikeFest activities in Izvor park were a strong statement and a celebration of the Urban Cyclist, as a new inhabitant of Bucharest. 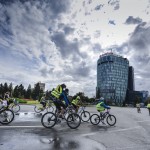 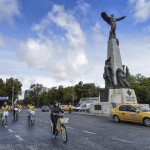 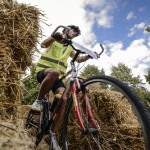 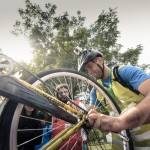